Without further ado, let's discuss 5 of my favorite logo's from the previous list.

I love this one, the pure simplicity and striking contrast are really what stood out for me (the typeface is a pleasure to look at also) I just want to quickly give my 5 cents on the origin of the logo and the speculation we had with a lecturer some time ago. Now I have not found any evidence of this apart from maybe some coincidence , but I believe that the overall shape of the logo was based on a relatively famous British invention called the Waterline or the Plimsoll line. Here it is :

This line invented by British politician Samuel Plimsoll appeared on the hulls of ships indicating the maximum safe draft, and the legal limit to which that particular ship is loaded. His invention was for the most part targeting so called 'coffin ships' - ships that were heavily overloaded and insured by rich owners who put the lives of their crews at risk. How the Plimsoll line is connected to the London underground I still cant find out but there is definitely a resemblance between the two symbols.

The 'Underground' word is replaced with the name of the station and it helped identify your location and the location of the name of the station a midst the regular advertising. The real strength of the logo and the reason why it is so successful is be cause of how timeless it is, the British transport cervices have even adapted the symbol to use for other modes of transport, distinguished by a change in the colour of the disc.

Paul Rand is one of my favorite designers, just because of how he knew precisely how to convey a message and that to me is what design is all about. And even though in his late years he strongly rejected the move towards post modernism I think that he had a massive impact on how we think of modernist designs now and how we can use the tools that he gave us to better the world of design. Onto the logo itself, this is in my opinion the better version, this was designed by Paul Rand and it should have stayed that way, this is not really an exercise of comparing two things together so I am not going go on a rant about how much I dislike the re-branded UPS that we see today. Rand actually said that he found it quite funny to put a little package onto a kitsch symbol like the shield, and even though some might associate the shield with security and stability I think that the shield was never meant to represent those things, however we all find different meanings in logos. The reason I have this as one of my favorites is again because of it's timeless quality, even now the so called 're-brand' of UPS has retained the same typeface, just that tells me that it's timeless. The logo is also easy to read, and easy to remember, to me it's partly due to how random it may seem at fist and how the shield and package do not seem to belong with each other, but somehow the design is unified enough. Oh and the it works perfectly in black and white, something that was taught to us in 1st year. 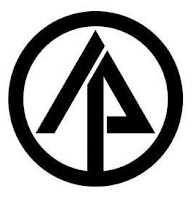 Lester Beall's logo has stuck in my head ever since we went through it in the Meggs History of Graphic Design. And the reason for this is it's solid geometric appearance that cements itself in your mind from day one. This logo was also one that had a specific set of rules applied to it in terms of spacing, angles and positioning much like most logos that were of ITS origin. The logo is in complete harmony and everything seems so balanced, this one was for sure designed to never be changed, and has lasted to this day. Seeing how the logo performed on various textures and materials was refreshing enough for me to choose this as one of my favorite logos of all time, it's just so simple and yet it says everything. Although the logo was quite controversial when it first appeared due to it's use of distorted type I personally think that in this case it worked perfectly, it took me a while to even find the type and I though the logo worked even before I found the letters "I' and "P".

The product that revolutionized food storage and the lives on many american housewives finds a good place in my book, especially the brand. I love how this logo speaks unity from the moment you glance at it. The main reason for this I think is the workforce that was and still is behind the distribution of the product. The majority of distribution happens via independent re sellers, you know those people that go from door to door trying to sell you stuff. This is not so prominent here is in South Africa, but takes on a whole new shape in the US. I can interpret the logo in many different ways, however this goes with my current knowledge, and so taking that into account for example even if I was to say now that it looks a little bit like a company that manufactures ceiling light fixtures, if I had no idea what Tupperware was all about, this might have been a viable opinion. However the company has been around since 1946, and for housewives needing something to do after World War II, selling plastic storage containers was seemingly not such a bad idea. I think the logo is successful because of this unifying message, the typeface is also very modern and clean, goes hand in hand with the message that Tupperware is ultimately trying to convey.

Yes, it is supposed to be red, but remember that thing about black and white logos? well it applies here too. Just a simple symbol like this is known word-wide, what does it mean? Just from glancing it looks like a plus sign, well that is not where the original design came from, it was in fact the inversion of the Swedish flag (which is a white cross on a red background) and is now the prominent . Henri Dunant designed this logo as far back as 1863 to create a symbol of humanitarian aid for wounded soldiers. No mater the origin, we know what this stands for, it's found on just about every medical kit in cars and hospitals and signifies help.

And that is going to be the end of this post, I hope it was ever so slightly informative and someone somewhere learned something.
Posted by Alex T at 05:58